Immigration reform is dead in Congress, but that doesn’t mean we’re not going to see changes to the way the immigration system works in the near future. The White House announced on recently that the President is considering major action through an executive order in the coming months, but for some H4 holders, change may come even sooner through a pending change in the regulations governing H4 work authorization.

To understand how change is possible without immigration reform in Congress, it is necessary to understand the difference between the statutory “law” and the “regulations.” The immigration “law” is the statute as passed by Congress. When Congress passes a statute, however, there is just not enough time or room to clarify every detail of the law or how every unique situation should be handled. To clarify the details of how the law will work in practice, executive agencies are given the job of writing “regulations.” Regulations are the agency’s interpretation of the law in greater detail. Regulations cannot conflict with the law or add new provisions, but they can provide detailed information about how the agency is going to interpret and enforce the law.

For instance, the statutory provision creating the E-1 visa for traders from certain countries allows the visa to be granted to people carrying out “substantial trade” with the US. Without further definition, it’s difficult to figure out what constitutes “trade” and how much trade is required to be “substantial.” For more details, you must turn to the regulations (written by the immigration service, not Congress), where you will find a detailed description of what “substantial trade” looks like in the real world.

From the law, it is unclear whether or not Congress intended H4 spouses to be able to work. The law neither explicitly allows nor explicitly prohibits H4 spouses from obtaining work permits. The regulation currently pending would “fill in” this missing detail by allowing certain H4 spouses to apply for work authorization. Under the rule as currently written, work-eligible H4s would be limited to those with an H1b spouse with an approved I-140 or a post-6-year extension based on a pending green card application. Because employers commonly wait to file green card applications for their H1b employees until after several years of work, in reality, even after the passage of the rule most H4 spouses will likely have to spend years waiting to eligible for work authorization under the new rule.

For many H1b spouses in limbo as their H1b partner’s green card application slowly makes its way through the system, this rule is good news. As of July 2014 the rule has still not been finalized and is not in effect, but the path to finalizing a rule is much easier than that to passing a law in Congress, so look for its finalization in the coming months! 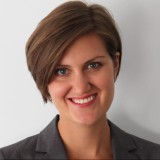